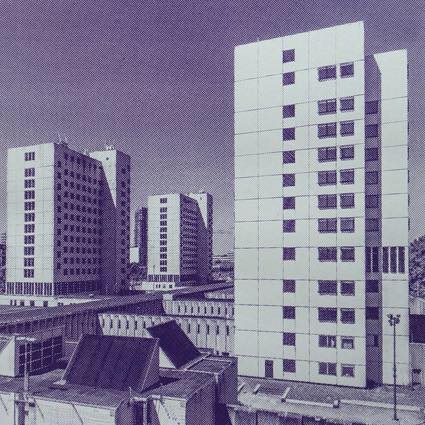 The Temporary Museum was an art exhibition in the former prison “Bijlmerbajes” in Amsterdam. It was a continuation of the Temporary Museum in another vacant, iconic building in the city: the former Shell Tower (now “A’DAM Toren”), and in the near future the Temporary Museum will rise up again at another special location. The exhibition in the prison explored connections with the new residents of the – equally temporary – asylum seekers’ centre set up there. The participating artists and designers were invited to make new work for the occasion. Examples include Leonard van Munster’s tree fountain in the courtyard, Teun Castelein’s Bijlmer Hammam in an old cell block, Mayra Sérgio’s tea landscape and Jan Hoek’s transformed scooters. 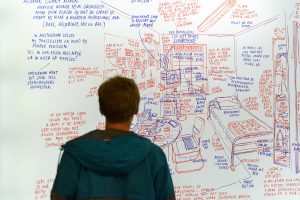 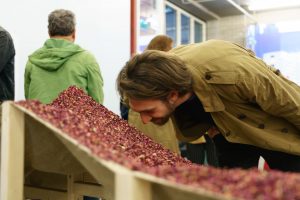 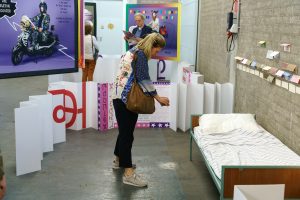 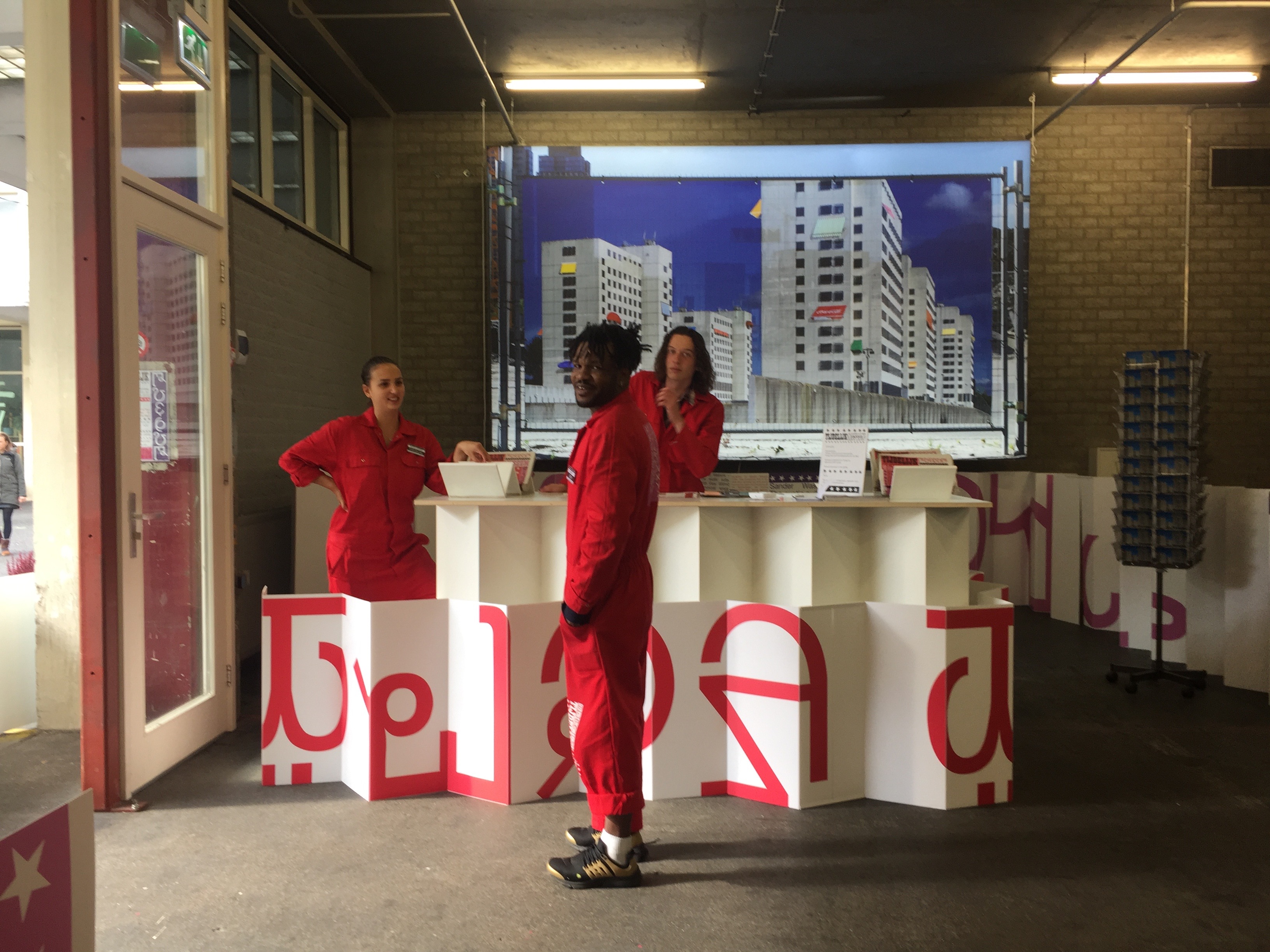 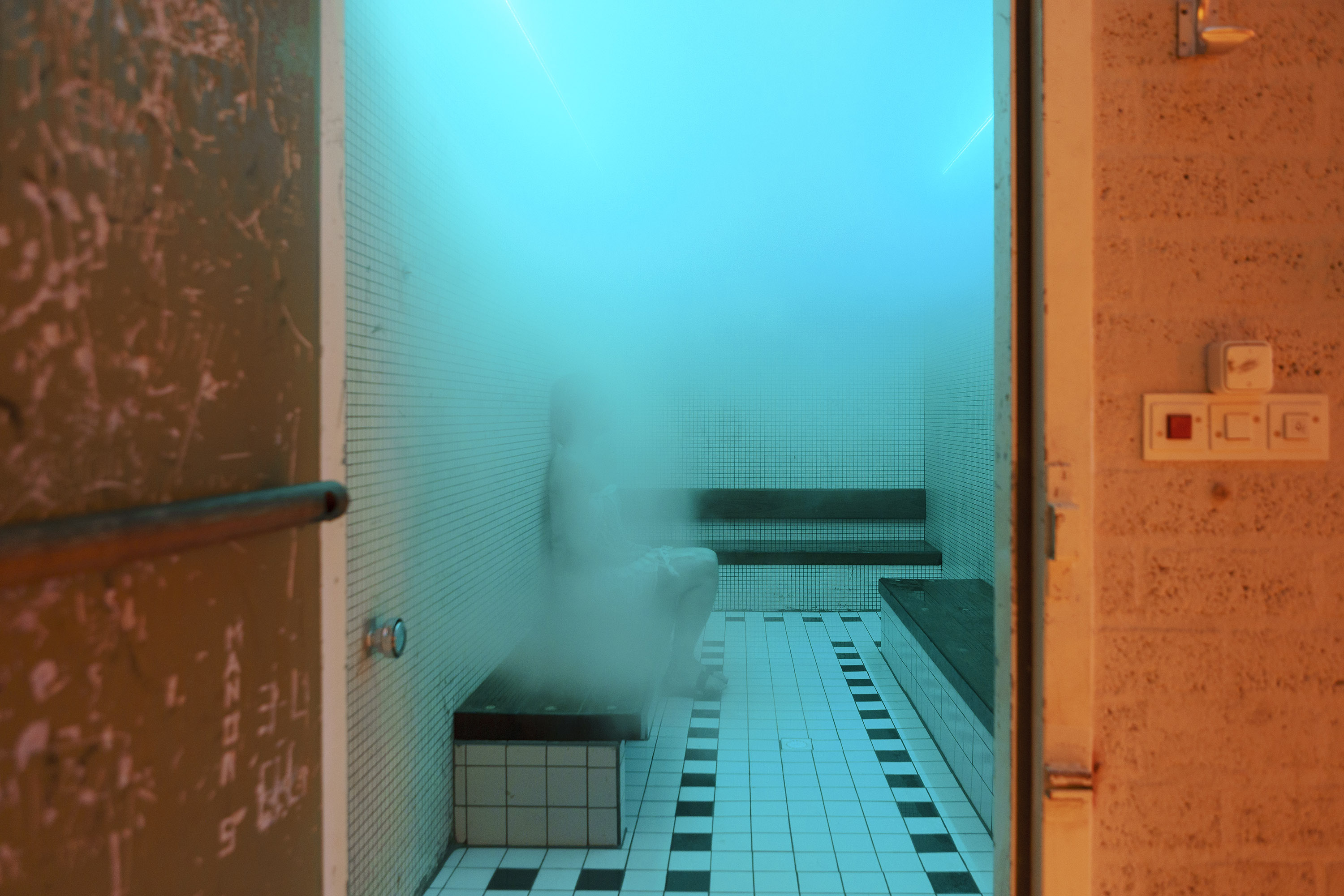 One of the hammam cells Teun Castelein

The exhibition was held at a location where the inhabitants – both the former inmates of the ‘Bijlmerbajes’ and the recognised refugees – are basically left to fend for themselves. Both groups have one thing in common: limited freedom of movement. In such a state of isolation and seclusion, people who lack the support of family and friends can easily start to feel alienated and dependent. When there’s no other place to go, which effect does this have on your imaginative capacities? The Temporary Museum’s exhibition area doubled as a meeting area, with art serving as a catalyst for open-minded encounters between the Temporary Residents and visitors.

In December 2016, Stichting Leegstand Oplossers Amsterdam (LOLA) started the cultural hotspot Lola Lik in the former ‘Bijlmerbajes’ prison complex. Our key partner in this venture was Central Agency for the Reception of Asylum Seekers (COA). This was the first time COA establishes an asylum seekers’ centre on the same site as a cultural hotspot and the Temporary Museum. The experiment served as an interesting example for other asylum seekers’ centres.

News: The “Bijlmer Hammam” from the artist Teun Castelein may stay until June 2018. You can make a reservation via: info@bijlmerhammam.nl 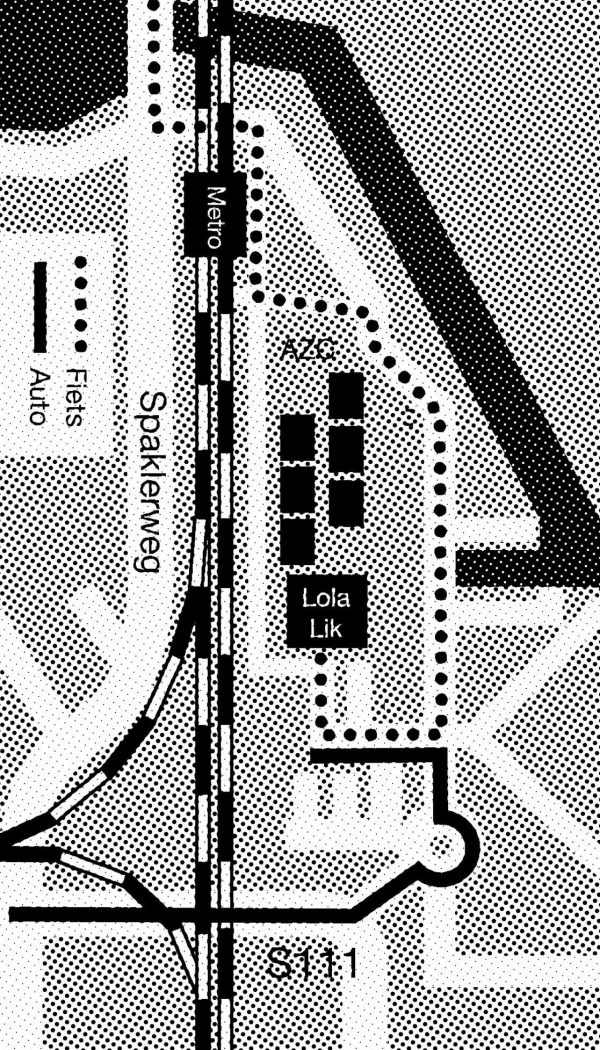 Admission: 3 euro and/or a contribution.
Every month, the Temporary Museum will organise a new collection in response to the current needs of the residents of the asylum seekers’ centre.

The entrance is not on the side of the AZC, at the towers and the underground, but on the other side (south side) at the cultural incubator ‘Lola Lik’. See map.

Would you like to book a guided tour?
Feel free to contact us at info@tijdelijkmuseum.org
Price: 80 euros, admission and tea ceremony included.
Group size: 10 persons max 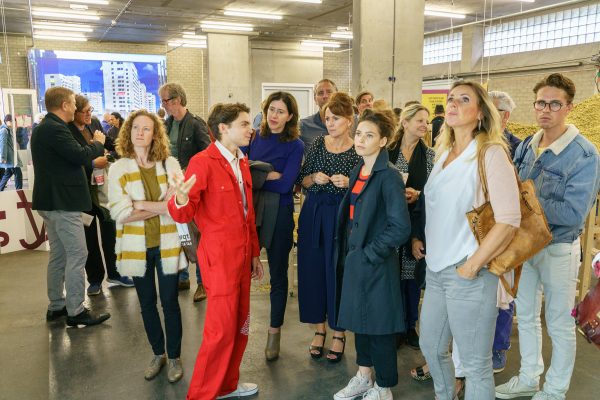 Guided tours
Every hour, our museum team – made up of young Amsterdam locals and newcomers – will be holding a guided tour for the visitors. They look forward to telling you more about the building’s history and the works featured in the exhibition. These guided tours are suited for young people and adults alike.

Lola Lik
And there’s even more to do at Lola Lik. Enjoy a slice of cake in the Taartrovers canteen, have lunch at the Refugee Company restaurant A Beautiful Mess, work yourself into a sweat at the Bijlmerbajes boxing gym, or book a room in The Movement Hotel.

Rent the Museum
Are you looking for an inspiring location for a lecture, event or dinner? The Temporary Museum can also be rented for occasions. For further details, please send an email to info@tijdelijkmuseum.org.

Do you have a question or do you want to receive the Temporary Museum catalog? Feel free to mail us at info@tijdelijkmuseum.org